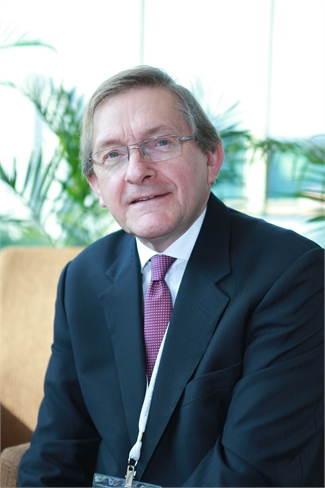 A landmark trial funded by Diabetes UK has shown that it is possible to put Type 2 diabetes into remission using an intensive low calorie formula diet-based weight management programme.

The trial, called DiRECT (Diabetes Remission Clinical Trial), is a two-year study aimed at finding an effective and accessible way to put Type 2 diabetes into remission. To do this the trial used the Counterweight Plus weight management programme whose low calorie formula diet products were supplied by Cambridge Weight Plan.

Almost half in remission after 12 months

The results from DiRECT show that almost half (45.6%) of all those who took part in the programme were in remission after 12 months. Nine out of ten participants who lost more than 15kg put their condition into remission and over half (57%) of those who lost 10 to 15kg achieved remission (along with a third (34%) who lost five to 10kg). Only 4% of the control group achieved remission.

The first year findings of the study suggest that Type 2 diabetes remission is closely linked to significant weight loss. Of the 298 people who took part in the trial, half received standard diabetes care from their GP, whilst the other half received Counterweight Plus structured weight management programme within primary care. The programme included a 800kcal a day, low calorie, nutrient-complete formula diet supplied by Cambridge Weight Plan for three to five months, food reintroduction and long-term support to maintain weight loss.

Professor Anthony Leeds who is Medical Director of Cambridge Weight Plan said: “I’m very impressed by the evidence showing that large weight losses using formula diets can be achieved and maintained in people with diabetes and other conditions such as heart disease, and obstructive sleep apnoea. People who lose weight with formula diet programmes often have an improved sense of well-being soon after starting to lose weight and tend to stay on the programme because they feel better than when they were heavy.

He added: “We know that big weight losses can reduce inflammation, and decrease insulin resistance, a causative factor in diabetes and heart disease and these changes can be maintained by tight weight maintenance.

“First class evidence on how to do this has now been published and it is time for this safe, effective dietary programme to be recommended by doctors and to become more widely available.”

"Alyson Syms from Fleetwood, Lancashire, was diagnosed with Type 2 diabetes back in 2012. After a four year battle following her diagnosis and weighing over 23 stone, Alyson decided to take action and lose weight for her wedding. She choose a Cambridge Weight Plan Consultant to help her achieve this. Just 12 months later she has lost 10 stone which has helped to put her Type 2 Diabetes into remission. Alyson said: “I’m now healthier than I’ve ever been in my adult life. I finally realised that I was in control of my health, it wasn’t controlling me. I achieved my dream of walking down the aisle this summer, in a size 12 dress feeling healthy and happy.”

Diabetes UK has committed £2.5million to DiRECT so far with a further £300,000 added recently so that participants who wish to continue can be followed for up to three years and the cost-effectiveness of the programme can be further evaluated.