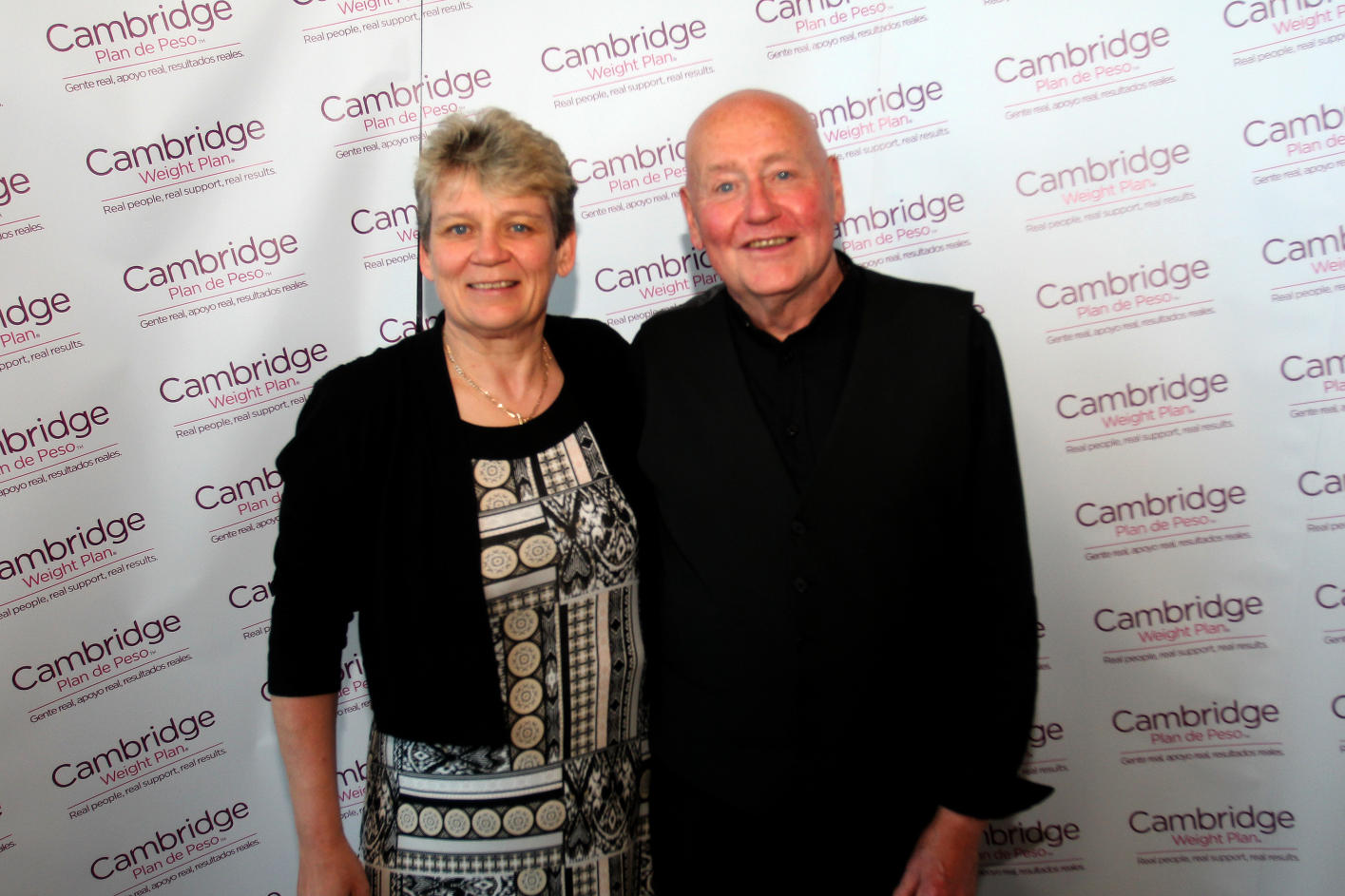 I’ve done my diets which have cost me loads and never successful. But it got to a stage where I had to do something as I couldn’t get my life insurance due to my weight and high cholesterol, which gave me a very big scare. I have got two young children and the way I was going I wouldn’t see them grow up. I was an international judo competitor, winning many tournaments, but now I couldn’t even do a break-fall as I couldn’t get up off the floor after. So I spoke to my husband very emotionally that I’d heard about the Cambridge Diet from a work colleague and my mother had done the diet in the late 1970’s.

The next day David phoned to say he’d got me an appointment with a consultant. We went on the 6th March 2017 at 5pm. I remember it well, thinking what I was going to face. I sat waiting with anxiety with David. Then Kayron introduced himself and explained all about the diet and asked whether I wanted to do the diet. I was emotional but said yes, although getting on a set of scales was a nightmare in front of someone I’d just met! But Dave then said “let’s do this together” which made me feel a little more at ease.

My decision to go onto the Cambridge Diet was a pretty easy one. Apart from support for Toni, I had arthritis, high blood pressure, high cholesterol, and gout. Just as I was retiring the Cambridge seemed like the right thing to do. Also, whilst at work, I never had time to eat a decent meal and resorted to the vending machines; crisps, chocolate, fizzy drinks, etc. I also had to think about the children which put the fright up me so losing weight I hoped would be the answer.

I can’t remember when I’d ever weight that low! Maybe in my 20’s.

He said he last weighed this in in his 30’s when he entered a judo competition.

We have both stopped drinking apart from the dreaded water! We have both come off all medications and systems have gone. Food is an education. We now sit and watch cooking programs and take out the bad and put in the good. We are both back to judo which has always been in our life but used to a be a struggle. Also gym training and Toni has started rugby and is also thinking of competing in 2019. For Dave the weight loss has also helped due to his hip replacements over 20 years ago which are still going strong.

When we look back at these photos we are both shocked that we let ourselves that that bad and the children went through problems with embarrassment.

The greatest thing about how we look now, is when people see you and say how you look good and younger which is good for me as I am 50 in June. We feel better and can now look in a mirror without cringing.

We would like to thank everyone who got us through this journey, our consultants Kayron and Krisanne, and family and friends and now we both think we all deserve a gin!